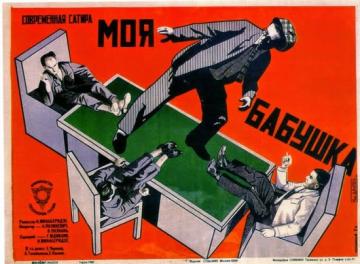 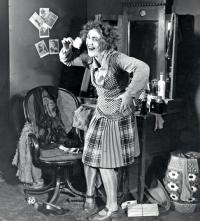 Filmed in 1929, Kote Mikaberidze’s directorial debut My Grandmother (current slang name for a protector) initially was supposed to show “the right way to the masses” according to the party’s guidelines and explore the bureaucracy and bourgeois elements intertwined into the state system. Nevertheless, the film was banned for forty years and gave a dramatic turn to Mikaberidze’s career: he was not given a chance to work seriously in the field any more. Today it is considered as one of the master-pieces of soviet silent cinema.

“…something like Franz Kafka meets Charlie Chaplin… a riotous, scathingly anti-bureaucratic satire, a genuine piece of grotesquerie descended from Gogol and the Soviet Eccentric cinema”-Judy Bloch.

Salome Tsopurashvili holds a doctorate in gender studies from Tbilisi State University, Georgia and Master's degree in gender studies from Central European University, Hungary. She was a returning scholar fellow of the Academic Fellowship Program of the Open Society Foundation in 2010-2015, and has been teaching graduate students at Institute for Gender Studies at Tbilisi State University since 2009. Her PhD thesis Women’s representations in 1920s Georgian soviet silent cinema: Modifications, agency and social class –completed with the academic advising of Dr Denise J. Youngblood (University of Vermont)- examines themes of orientalization, class and women’s emancipation in 1920s Georgian Soviet silent films.  She is the author of several publications in Georgia and one of the contributors to an edited volume ‘Gender in Georgia: Feminist Perspectives on Culture, Nation and History in the South Caucasus’ (eds. Maia Barkaia & Alisse Waterston, Berghahn Books, 2017). 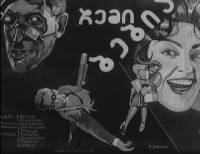