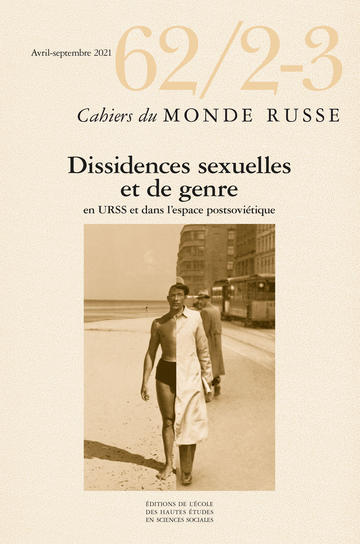 The volume is accompanied by a comprehensive introduction surveying the field of queer Soviet/Russian histories, by Stella and Healey, and a review essay by early career researcher Uladzimir Valodzin on the current state of histories of sexualities in Belarus. It is illustrated with a photomontage created from the personal archive of Kaspars Aleksandrs Irbe (1906–1996), a queer Latvian diarist explored by Ineta Lipša in this special issue. Irbe was at home in the cruising grounds of interwar and Soviet Latvia, whether on summer beaches or in Riga’s busy streets. His diary expresses multiple senses of selfhood and homosexual desire. Illustration by John Healey of Ottawa, Canada.

Research for this special issue was supported by Professor Healey’s John Fell Fund research project, “Between Russia and Europe: Homophobic Politics and LGBT Activism in Eurasia”.

For the full table of contents, see here.